Solar power will be an even more important energy source in the future. Statkraft has worked with solar energy since 2010, and today we have solar power plants in several markets.

Today, approximately 26% of the world’s power production comes from renewable energy sources (Source: Bloomberg New Energy Finance). In the future, our society is going to need even more energy, and this will mainly be covered by renewables. Power production is expected to increase with 45% to 75% by 2040. Wind and solar power alone will account for half of this production. Hydro, wind and solar power complement each other and are perfect partners. New battery technology can store electricity, making solar power even more profitable.

Statkraft develops and owns solar power assets in India and the Netherlands, and is looking for opportunities to expand both in Europe and South America. 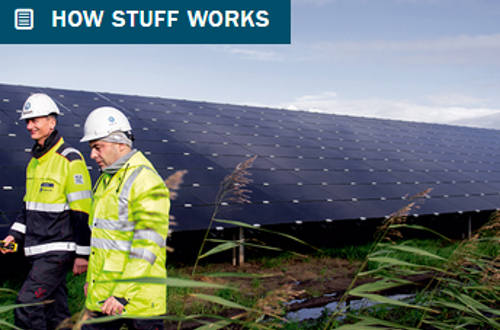 The sun is the fastest-growing energy source in the world. If the trend continues, up to 30 per cent of the world's electricity needs can be met by solar energy by 2040.