Deal reached with Lightsource bp for 275MW of solar energy

Statkraft Ireland has confirmed that it has completed the acquisition of five fully permitted solar projects with a combined capacity of 275MWdc from Lightsource bp, a global leader in the development and management of solar energy projects.

The projects are located in counties Meath, Laois, Tipperary and Cork. The acquisition is the latest in a series of transactions which Statkraft Ireland has made in the renewable energy sector since 2018.

“One of the projects which we have acquired from Lightsource, namely Blundelstown in Meath, was actually successful just last month, in RESS-1. The outcome of that particular auction was hugely encouraging and has given us at Statkraft, the platform we need to increase the rollout of green energy projects in Ireland thereby decarbonising the grid and playing our part in helping to meet critical Climate Change targets. We are already quite advanced in developing the construction programme to deliver these RESS-1 projects.

We are very pleased to be adding to our rapidly-expanding portfolio with this suite of projects which dovetail perfectly with our ongoing efforts to reduce Ireland’s dependence on fossil fuels. Lightsource bp has an established track record and as such, the high quality of each development rendered this bundle of solar farms, an extremely attractive proposition for us."

The company expects to be making an investment decision in the coming months to construct the Blundelstown project. As is the case with all its other ventures in the Irish market, the company will develop, establish a route to market and build this project providing the necessary finance from its own resources.

“We have been active across the island of Ireland for many years, having developed and connected the first utility scale solar projects in the North some years ago and have been progressing projects in the Republic since 2015. We are delighted to enter into this agreement with a company of the calibre and profile of Statkraft. We continue to be fully committed to developing Ireland’s utility scale solar market and assessing future opportunities.”

With 4,000 employees in 17 countries, Statkraft is Europe’s largest generator of renewable energy. The group produces hydropower, wind power, solar power, as well as being a global player in trading energy and the roll out of EV charging networks. In Ireland, Statkraft develops, owns and operates renewable production facilities having constructed its first wind and battery projects in 2019. Employing 55 people here, the company is involved in the trading and origination of power from its own projects and those of third parties.

The company’s global ambition is to increase its portfolio of wind power assets to 6,000 MW and solar power assets to 2,000 MW by 2025. This includes an ambitious pipeline of projects in the UK as well as Ireland. 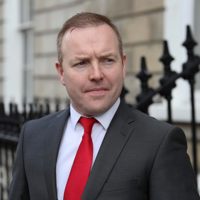